On Thursday, October 22, 2015 Andrej Lapajne (CEO at Zebra BI and IBCS founding member) will lead a presentation on IBCS in front of one of the world's most advanced dataviz communities: Data Visualization New York Meetup group. The meetup will be held at McKinsey & Co. 21st Fl. Conf. Center.

In a presentation entitled 'Dr. Hichert's IBCS: Designing reports, dashboards and presentations' Andrej will present the key features of IBCS through real-world examples and discuss their slightly controversial proposition: the design of business information should look (more or less) the same across all companies, regardless of their size, industry or location.

It seems the US public is eager to learn about IBCS - the 150 spots available at the meetup filled up in a couple of days and additional 63 members are queuing on the waiting list.

We're especially proud to lecture at this event, since the story of IBCS began exactly in New York City, exactly at McKinsey&Co, almost exactly 35 years ago! Here's how the story goes:

Dr. Rolf Hichert joined McKinsey back in 1979. The following year he travelled to NYC to attend his official McKinsey training. It was a transforming experience. He was fascinated by Gene Zelezny's lecture, especially the part on using data visualization in business communication: 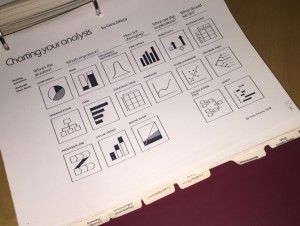 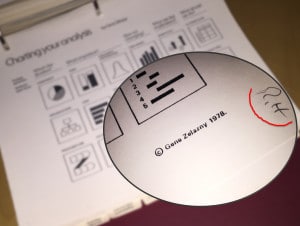 Zelezny's ideas influenced the following work of Dr. Hichert. But as he comments: "We've come a long way since then". Over the course of next few decades Hichert developed the famous SUCCESS rules and eventually it all culminated in the public release of the International Business Communication Standards (IBCS) in 2013.

The IBCS standards are now publicly available under Creative Commons license at http://ibcs-a.org. Numerous leading European companies such as SAP, Coca-Cola bottlers, Bayer, Lufthansa and Philips have transformed and significantly improved the design of their reports, dashboards and presentations with the IBCS concept. A new generation of specialized data visualization, BI and reporting tools such as Zebra BI have emerged to help users achieve maximum clarity in their business communication.

The IBCS standards are being continuously developed and improved by Dr. Hichert and his associates in the IBCS Association (IBCS-A).

You can read more about the event here.

April 15, 2021 - Achieve Consistent Reporting Across Your Company with IBCS

Why are some charts difficult to understand?
Scroll to top
Share This