You are here: Home1 / News2 / Zebra BI Tables on the top of Editor’s Choice in the AppSource marketp...

Zebra BI visuals have been rated at the top of Editor’s Choice in the AppSource marketplace for the month of September 2020.

We're honored to see that one of our Power BI visuals has received such recognition from the Microsoft team. This is the result of the hard work of the whole team, but none of it would happen without contributions by our amazing community. 💛

Thank you for awarding our work and we promise we will strive to develop this product with excellence. 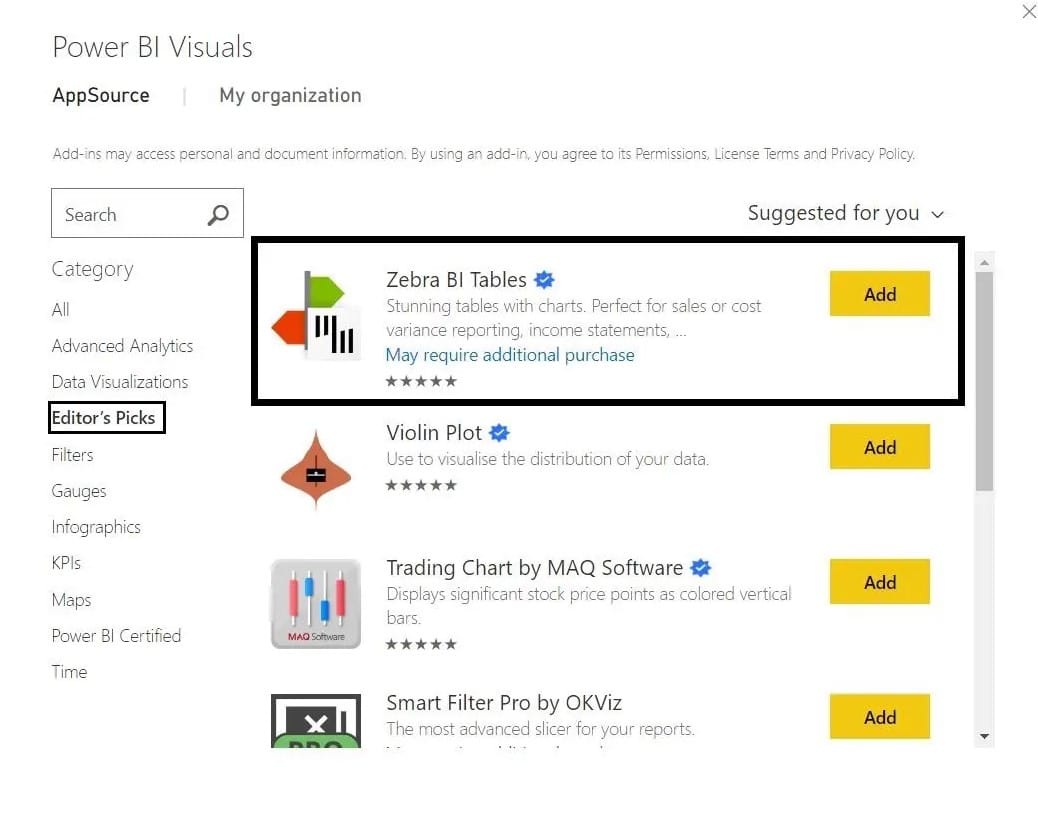 On this note, we’d like to invite you to check the Product release for Zebra BI for Power BI visuals version 4.3.

With two major features such as a powerful algorithm for rendering small multiples and a possibility to organize multiple table columns into scaled groups, as well as more control over the design and behavior of both visuals, and many other improvements, this update is one of the most advanced so far.

And stay tuned - the new release is coming sooner than you think! 😉